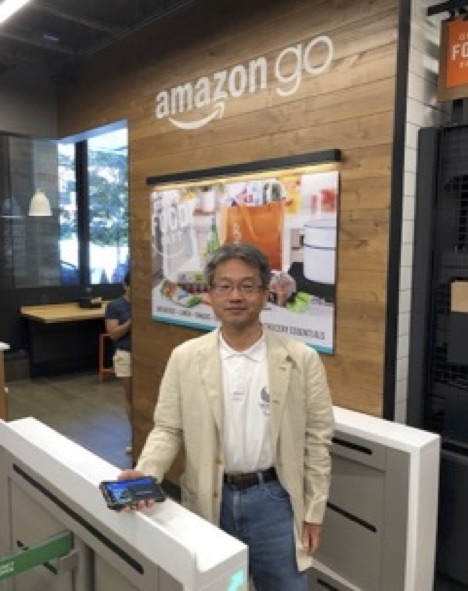 Professor Masaki Kuroki went to the USA, a nation with an advanced infrastructure for entrepreneurial support, to launch a business in 1986. While there, he received an MBA from Gonzaga University, in December 1990. He served as Visiting Associate Professor at the University of Nebraska, Omaha, from 1992 to 1995. He enrolled in the doctoral course of Rensselaer Polytechnic Institute in New York State from 1995 to March 1999 and obtained a PhD in business administration. Since 1999, Professor Kuroki has worked for the College of Business Administration of Ritsumeikan University.

Since 2007, he has served as Professor of the College of Business Administration. He was on the Advisory Board of the Japan Entrepreneurship Education Network for Higher Education, sponsored by the Ministry of Economy, Trade and Industry, from 2008 to 2015. He is also serving as a member of the Working Team for Promoting Regional Employment Creation, sponsored by the Ministry of Health, Labour and Welfare, from March 2013 to March, 2021.

○ Message to students
The core principle I cultivated during my time in universities in the USA is to foster stronger individuals and entrepreneurs as an essential prerequisite to activating the economy and society. In the early 90’s, I taught at the University of Nebraska and had engaging discussions with many American students. I realized that Japanese students have less “power to live as an individual” than their American counterparts. In Japanese society, where the lifetime employment system and the seniority system have long been respected, people are educated on the premise that learning to belong to a group or an organization is the most valuable thing they can achieve. This is instilled from early childhood, and diminishes the power and responsibility needed to live as an individual. In the global society of the 21st century, it is important to have entrepreneurial skills, to be fully aware of one’s self-responsibility, and to live as an individual without necessarily belonging to an organization. 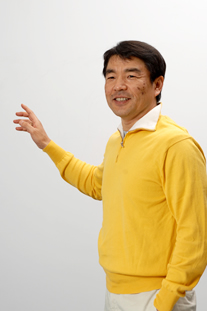 ○ Profile
Professor Hironobu Tamaki joined MITSUI & CO., LTD. in 1988. As a member of Mitsui, he was involved with venture investment as a representative resident in Silicon Valley. After returning to Japan, he was engaged in strategic planning at the IT Business Unit of Mitsui, and managed their private equity fund. In 2000, he became Representative Managing Director of AOL Japan. When Mitsui sold shares of AOL Japan, he took the occasion to found Golf Digest Online Inc with a group of friends. Golf Digest Online went public on the Mothers section of the Tokyo Stock Exchange in 2004. After retiring from his COO[d4] position at Golf Digest Online to pursue new ventures, he founded a coffee shop chain, Satura Cakes Inc., in Silicon Valley. He sold Satura Cakes Inc. in 2010.

He became a university professor in 2012, and has served as a Visiting Professor, Kyushu University since 2016, prior to which he held posts as QREC Visiting Associate Professor, as a Part-time Lecturer at Keio University Business School (a position he still holds) and at Akita International University, Professor and Head of Department, Hiroshima Business and Management School, Prefectural University of Hiroshima, and Visiting Professor at Aomori University. He majored in solid-state physics and graduated from the College of Arts and Sciences, the University of Tokyo. He also graduated with an MBA from Harvard Business School and Doctor of Commerce from Waseda University.

○ Message to students
Starting a business delivers the ultimate question of how well you can apply all of your skills to your life. Your intellectual abilities, physical abilities, and personality will be tested. Like climbing Mt. Everest, a business start-up requires a sufficient amount of preparation and guidance. Obviously, you will not be able to get sufficiently prepared while just attending undergraduate or graduate courses. I believe that my class will provide students and the faculty with a place and opportunity to meet and interact, and I look forward continued relations with my students who aim to start a business. It will be my pleasure to be your guide on the path toward your successful future. 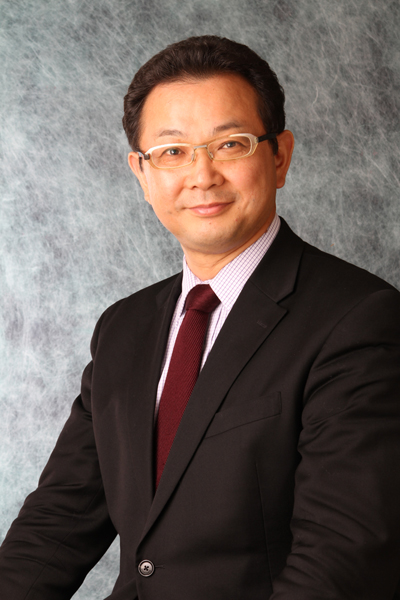 ○ Profile
Visiting Professor Kenji HIRANO was born on May 28, 1959. He graduated from Faculty of Commerce and Management (accounting), Hitotsubashi University in March 1982. He obtained MBA (marketing) from San Francisco State University in January 1985. He became president of Drug39 Co., Ltd. in July 2003, and president of Segment ON2 Co., Ltd. in April 2012. He became a director of the Nippon Pharmacy Association in April 2014. He won the MCEI Executive of the Year 2014-15 award in June 2015.

○ Message to students
When I came into contact with the interactive mode of teaching on my MBA course in the US, it was like having a new breath of life after the Japanese way of university teaching consisting of listening to lecturers, reading books and writing a thesis, a way of learning I never felt comfortable with. Basic knowledge is of course essential, but practical learning really consists of finding out how to use this to think, organize people and create a business. In my lessons I hope to build up training through practicals, seamless thinking, and questioning and answering things with my students. I hope that my tuition will prove to be enjoyable. 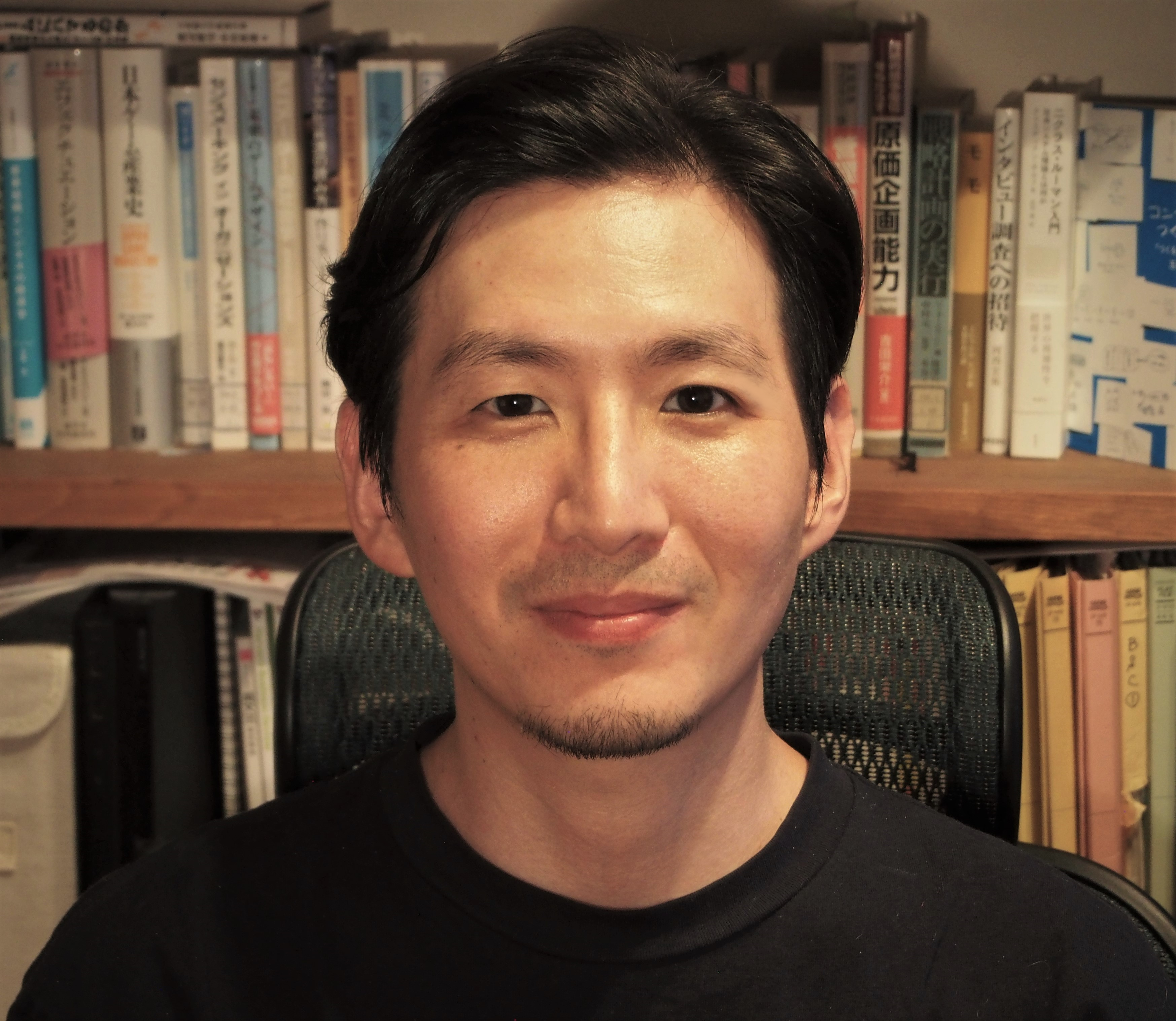 ○Message to students
Accounting is a language for observing and depicting the world. Its influence changes according to the method of observation and way of depiction. In recent years, research has found that accounting is linked to the emergence of strategies and innovation. In a nutshell, the world changes just by looking at things in a certain way. This is interesting isn’t it? I hope that students will encounter many ways of looking at things through their university studies, and enjoy our world. 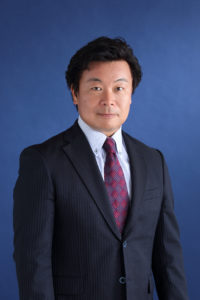 ○ Profile
Visiting Associate Professor Masataka SUGIMOTO joined a major railway company after graduating from Keio University’s Faculty of Policy Management. After successfully launching several new projects as part of his work in the company’s management planning division, he joined Deloitte Tohmatsu Consulting LLC. In March 2010 he completed a course at QBS (Kyushu University Business School) in the Department of Business and Technology Management, Graduate School of Economics, Kyushu University. He then joined PwC Consulting LLC where his work involved Regional Innovation Teams under the theme of regional revitalization nationwide, and also established and took charge of the Fukuoka Office, which covers Kyushu and Okinawa. Now with the Dentsu Group, he is involved in enhancing the corporate value of strategic consulting firms with core areas of growth strategies, new business, marketing, and branding. He has lectured to the Japan Department Stores Association, at many business seminars, and held numerous posts as a business plan competition judge, Startup Weekend coach, and consultant to local authorities on projects. He is a Registered Management Consultant, 1st grade Certified Skilled Worker of Financial Planning, and holder of an MBA.

○ Message to students
World-scale changes are underway at an amazing speed with the onset of the borderless business trend, the fusion of real and virtual, and the digital smart society. On the other hand, fresh business opportunities are arising with the need to cope with the emergence of new economic powers and changing consumption patterns. It is during the tumultuous period of uncertainty like the age we live in that I want to help foster entrepreneurs who can look at things with both a global and local outlook, and solve social problems. In order to do so, I will use my experiences at consulting firms, which boasts the world’s largest network, to provide “passionate” lectures for my students! 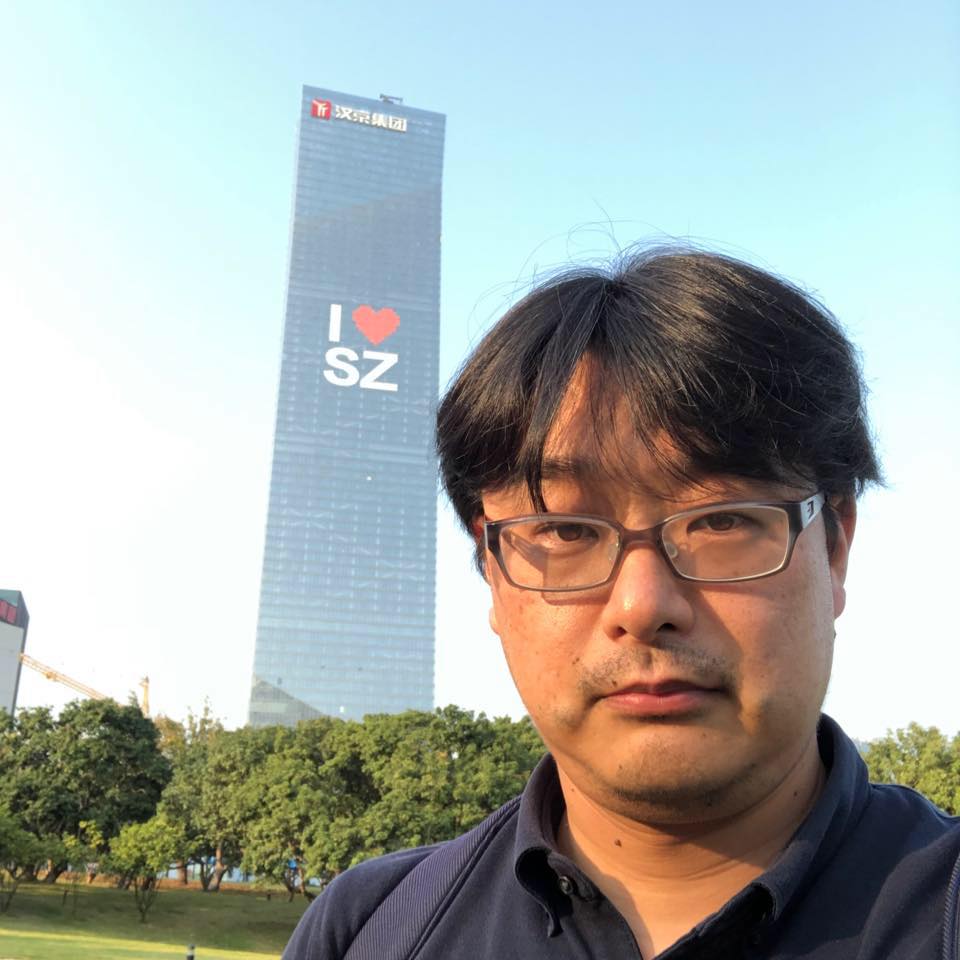 ○Profile
Associate Professor Tsutomu Tobita’s fields of specialization are management accounting and financial management. He is especially involved in research into the management accounting of SMEs and start-ups. He eagerly promotes entrepreneur education in his undergraduate seminars, and conducts practical education including a start-up experience program similar to the Startup Simulation program at the Kyushu University (QSHOP) at QREC and a “project to solve social issues by businesses,” to which 3rd year students devote one full year.

○Message to students
Please try to take on all sorts of challenges over the four years of your student life. If you succeed you’re lucky, if you fail it’s not a severe wound. Your student years are a precious time that you will in some way be reminded of twenty years later, even thirty years later. I will try
hard to provide students with tuition through the study of entrepreneurship that serves as opportunities for you to always be positive, and build your own lives while ascertaining risks and chances. 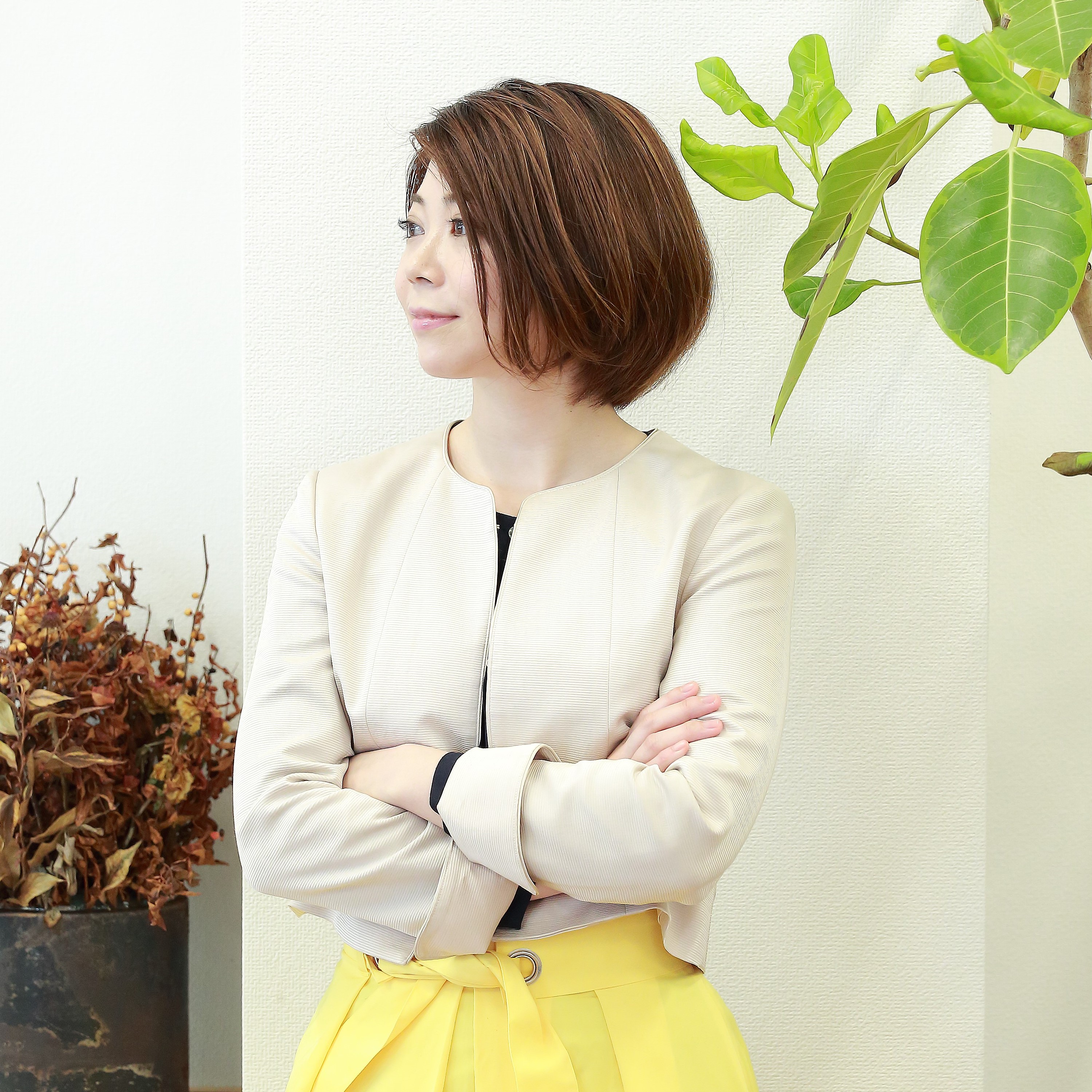 ○Profile
After graduating from the Department of Design Strategy, Graduate School of Design, Kyushu University in 2011, Yui Haraguchi worked for an urban development consultancy firm and municipal think tank before establishing YOUI Inc. in 2017.
Through project design and management based on initiatives by varied actors, she is currently active with the objective of maximizing human and urban attractiveness. She is also active in a wide range of areas as a director of the Centre for Person-Centred Ningen, Omuta, president of BizDone Inc., and director in charge of social impact assessment at an NPO called Education A3.

○Message to students
In our complex world currently described by the acronym VUCA, we are in a situation in which instead of aiming at a stationary target, or sticking with the right answer,” we have to be like somebody capturing a springing wild animal, and that sort of dynamic, ceaseless change is demanded of us.

In the midst of this situation trying to create social change is difficult, and you may well think that there is nothing you can do on your own. However, the start of changes begins with the actions of one person. I believe that entrepreneurship is the power to take that first stride. Let’s learn together about methods to exercise entrepreneurship. 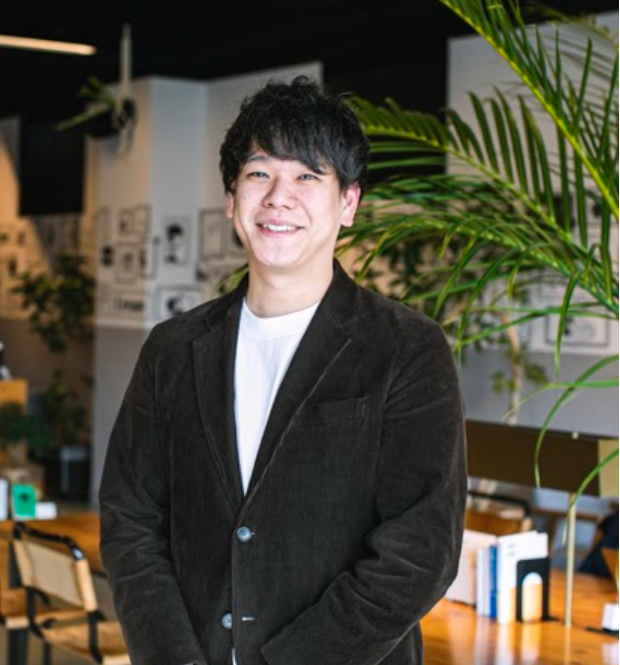 ○Profile
Mr. Kazushige Hirata was born in Kanagawa Prefecture in 1991, and graduated from the School of Social Sciences, Waseda University, in 2014. Upon graduating he immediately joined Benesse Corporation. He worked in consulting for administrative and school institutions in Kyushu and Okinawa, and held many workshops and lectures aimed at education stakeholders. He subsequently made a mid-career job change by joining Indeed Japan Inc. He has experience in the recruitment support of several hundred companies, and the launching of sales organizations for major corporations.
Since 2020 he has dedicated himself to investment and hands-on support for entrepreneurs aiming at regional-launch industry creation.

○Message to students
In these lectures, we first explore what you have experienced so far, and the mental discord and gloom you have felt during your daily life at the University, in order to search for your own uniqueness behind them. There’s no need to compare yourself with anyone else. There’s no such thing as a right answer. Anything is fine. Let’s find your uniqueness through a process of trial and error. That’s the beginning of entrepreneurship.